Chinese wedding customs differ greatly from Western traditions. There are many things to know before attending your first Chinese wedding to ensure you don’t stick out.

My wife is Taiwanese and when we were planning our wedding we really thought long and hard about how different it would be for my family flying in from the UK. I also had to keep an open mind as the groom!

Chinese weddings have long-standing traditions including the types of food served, traditional wedding invitations, and before and after wedding activities. Make sure you don’t wear red, as the bride will be wearing red that day and get your liver ready for many shots of baijiu.

So, if this is your first time as a guest at a Chinese wedding you’re in for a wonderful time, but there are some things you could know before you go!

Continue reading for our comprehensive list about 25 things to know before attending your very first Chinese wedding.

Like a Western wedding, this wedding is all about celebration! Unlike Western weddings   however, it is purely celebratory. This means there is no legal paperwork involved. Vows are exchanged between the couple and paperwork is signed at a government office before the wedding. The legalization of marriage has already happened by the time you’re celebrating with the couple.

In Lea and my case, we had already been married the previous June in Hong Kong (for legal reasons), then had a big family wedding the following April in Taipei.

Wedding invitations will come to you in long red envelopes. The red envelopes are similar to those given during Chinese New Year called hongbao.

You will notice a character on the front of your wedding invitation envelope. This character translates to “double happiness,” and is a wish for marital happiness for the couple.

Couples will want to choose a lucky date to get married on. The bride and groom will consult a fortune teller to analyze the dates, days, and times both parties were born to determine the best dates.

Lea and I used this to our advantage and chose a date (April 4th) which would normally be considered unlucky. We reasoned that we were already officially married on June 5th!

The wedding and banquet are typically held in a large wedding banquet hall designated specifically for weddings. The groom’s family usually pays for the rental of the space.

7. Activities before the wedding

Events before the wedding are just as important as the wedding and banquet in Chinese culture. There is much tradition revolving the groom collecting the bride and the bride moving from house to house. The tea ceremony is also an important aspect of pre-wedding activities.

Before the wedding, the groom must go to the bride’s house to collect her. Once the groom arrives, he will be greeted by all of the brides’ bridesmaids.

After the bride is collected, the bride and groom head to the groom’s house where the tea ceremony will take place.

The tea ceremony was traditionally a way to honor the groom’s family but now has moved to honor both families.

The bride and groom will serve tea to both families. The tea will be served to start with parents and then serving the rest of the family from oldest to youngest. Once each person takes a sip of tea, they offer the bride and groom an envelope with money and gold jewelry inside.

The wedding banquet lasts a minimum of two hours. The guests will dine in a large banquet hall and are either given assigned seats or can choose to sit where they please.

Like Western weddings, there is typically a master of ceremony who will announce the entrance of the bride and groom. From there, the typical wedding speeches are made along with a toast.

The wedding banquet is full of games for the bride and groom. Games, called naohun, are played and can sometimes get raunchy.

One popular game includes the bride being blindfolded and kissed on the cheek by all of the groomsmen. The bride will then have to guess who her husband is.

The bride will wear a traditional red dress on her wedding day called qipao. The groom will traditionally wear a long robe and a black jacket.

As a guest, you should avoid red at all costs. Do not wear white or black, as they are both associated with mourning. Try to find something to wear that is light pink, purple, orange, or yellow.

White used to be a taboo color at weddings because it is a color often associated with funerals. However due to Western influence, white has now become a more popular color during Chinese weddings.

It is customary to give money as a gift during Chinese weddings. The money, hongbao, is given to the couple when you sign into their wedding book.

The envelope is open and counted while you stand there so they can record the amount next to your name. The reason for this is not to be malicious. If money is recorded accurately, then the couple can make sure they return the favor and then some when it’s time for your wedding day.

Hongbao, red envelopes with cash, are typically gifted at weddings. Many people like to put a large sum of cash in the envelope purely to brag later. I can tell you that as a Westerner this was a little surprising as we generally don’t do this.

If you can’t manage a large amount, then be sure to choose an amount that is lucky. Sixes, eights, and nines are all lucky numbers in Chinese culture. Fill an envelope with the amount of cash according to those numbers and you’ll be golden.

Chinese weddings will often have flowers adorning the tables for decoration. Popular flowers to use are lilies and orchids. Lilies symbolize a happy union and orchids are said to symbolize love and wealth.

The wedding banquet is made up of 5 to 10 courses with symbolic foods.

Peking duck is a lucky food because of its red appearance. The odds are that every dish or type of food you see on the table was chosen deliberately and for a symbolic reason.

At our wedding, we had to try to balance Chinese cultural traditions with dietary needs as some of my family are either vegetarian or vegan. Well done Lea for sorting that little lot out!

Baijiu, a strong sorghum wine is a common alcohol at weddings. Unlike most wines, baijiu is taken as a shot.

Get ready, because people will be taking a lot of shots. Particularly the bride and groom. Shots are poured generously so make sure you’re not the wedding guest who has to be carried out.

While this extreme number of changes is no longer common practice, brides will often change dresses up to four times throughout her wedding.

At the typical wedding, the bride will wear a dress during the tea ceremony, change for the wedding, and then change once more for the banquet.

A wedding album will be prepared and set out at the wedding for guests to peruse through.

Lions are good luck in Chinese culture. A dance called the Lion Dance is performed at a number of special occasions including wedding banquets.

In the dance, two performers will wear lion costumes. The dancers will mimic and dance as if they are lions. Along with the dancing is an accompaniment of drums and cymbals.

Close friends and family will be invited to the bridal chamber after the banquet ends where they will send their good wishes to the newly married couple.

The couple and their friends and family drink together. They also might each cut off a lock of hair to symbolize being as one.

24. Days after the wedding

Much wedding etiquette is common sense and similar to western etiquette. For example, make sure to leave the banquet promptly once it is finished. All weddinggoers will take a photo with the bride before they leave.

Gift the couple cash, check, or a gift card in a red envelope. Keep an open mind and don’t judge any traditions you see. Wedding culture and traditions go hundreds, if not thousands, of years back, so make sure you are respectful.

Have fun and make sure to congratulate the bride and groom! 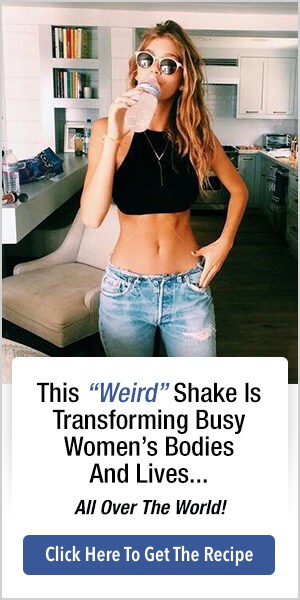